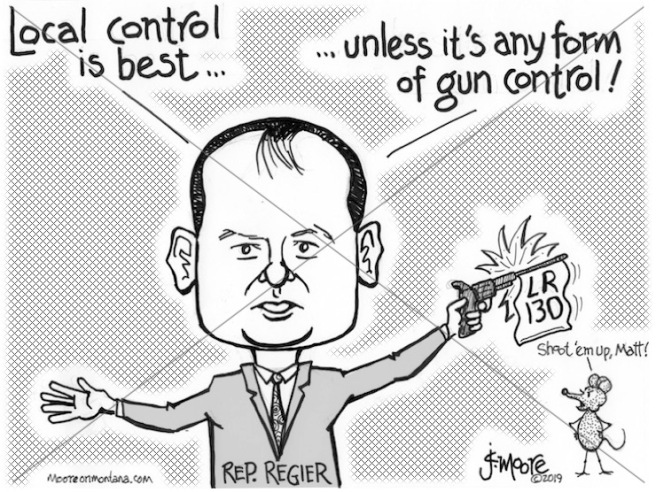 Rep. Matt Regier (R-Kalispell) correctly anticipated that the governor would veto HB325, which prohibited any local government regulation of firearms, such as background checks. Regier had an ace up his sleeve, HB357, which put the same language in a referendum for November (Legislative Referendum 130). The issue is currently in court. Meanwhile, people keep getting shot.  Vote NO on LR-130.

View all posts by jcolemanmoore