Wilderness is always a hot topic in Montana … and ripe for lampooning. 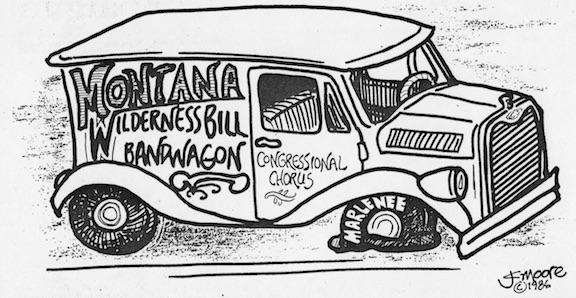 Montana wilderness proposals have long been contentious issues.  The passage of a bill resulting from these hearings resulted in a veto by President Reagan.

Sen. John Melcher had a hard time getting off the fence on Williams’s wilderness bill.  Meanwhile, Sen. Baucus introduced his own proposal. 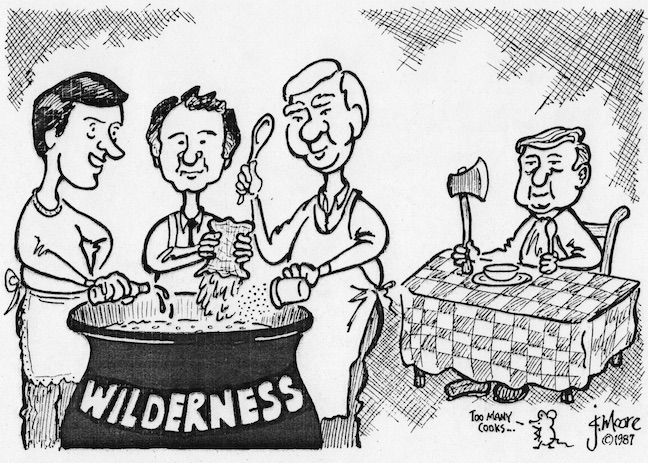 As Baucus, Williams and Melcher cooked up a wilderness bill, Marlenee sat ready to give it a hatchet job.

Senators Baucus and Burns tried to get a wilderness bill passed in 1991.  Rep. Marlenee worked to put the stops to it.