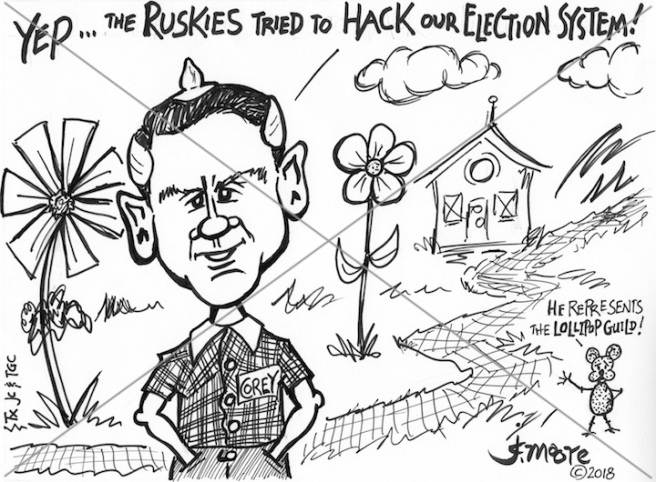 Republican Secretary of State Corey Stapleton issued another barely coherent newsletter about secure elections.  He claimed the Russians “scanned” Montana’s election system in 2016, even though his own staff said that didn’t happen.  Corey also said he had announced this several months earlier (no record of that), but no news outlet reported it.

View all posts by jcolemanmoore

2 thoughts on “The Munchkin speaks”